By its very nature, hearing loss can be isolating. If you experience it, you probably know how difficult it can be to communicate with others, particularly in noisy or crowded environments. In short, hearing loss can sometimes cause you to feel like you’re the only one in the world who is experiencing it.
It might, however, lift your spirits to know that the following well-known public figures have similar struggles. Take a look at five celebrities who have hearing loss.

This songwriter, guitarist and lead singer of rock ‘n roll icons The Who has been in the spotlight since the 1960’s, creating and producing some of the most well-known hits of the era. Unfortunately, all of that exposure to very loud music took its toll on Townshend’s hearing. Today, he has severe tinnitus (ringing in the ears) and hearing loss in both ears which he attributes to loud noise exposure during concerts, as well as listening to loud music with headphones while making records. Townshend is a co-founder of Hearing Education and Awareness for Rockers (H.E.A.R.), a nonprofit advocacy group. When he plays concerts today, he uses specially designed in-ear monitors. When in the studio, computers and engineers help him at times when he cannot hear higher frequencies in the material he is recording.

The 42nd U.S. president discovered his high-frequency hearing loss during an annual physical examination. Most likely, it occurred as a result of listening to loud music as a youth, as well as the use of hunting rifles and attending noisy political rallies. Clinton now has a hard time following conversations in crowded rooms and loud political events. In order to make maximum use of his remaining hearing, Clinton now wears hearing aids.

The original captain of the USS Enterprise, now 84, suffers from tinnitus. According to Shatner, his tinnitus occurred on the set of Star Trek back in the mid-60’s. Shatner is an outspoken advocate for the American Tinnitus Association, which is an organization aimed at advancing tinnitus research.

This basketball star was the first legally deaf player to join the NBA. In 2002, Allred played in Greece for Team USA at the Deaf Basketball Championships. In 2008, he made his NBA debut with the Cleveland Cavaliers and had a brief career in the professional league. Born completely deaf, Allred wears hearing aids in both ears. He is now a published author and is working on a historical novel.

The celebrities listed above are just a small sampling of the famous people, past and present, who have hearing difficulties. Celebrities including Thomas Edison, Ludwig van Beethoven, Robert Redford, Eric Clapton and Halle Barry also fall into this category. As is the case with most of us, each of them deals with hearing loss differently. However, they have one thing in common: they do what it takes to keep hearing loss from isolating them from the world.

If you believe that your hearing is affecting your quality of life, it might be time to make an appointment with a hearing care professional to discuss your options. Professionals like those at Miracle-Ear offer free hearing evaluations and free regular checkups with their hearing aids. Only a small percentage of physicians actually check for signs of hearing loss during physicals and regular exams; it’s up to you to take care of your hearing.

Curcumin and Cancer: The Evidence 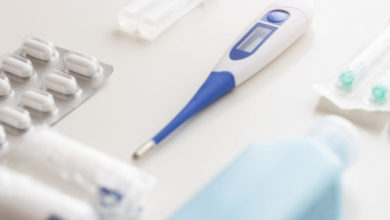 Websites You Can Get Medical Supplies on Your Own

WHAT ARE THE CAUSES OF A PREMATURE BABY?