If you’re like most people, you hate asking for help getting sunscreen on your back when you’re at the beach. No matter how well-meaning your helpers are, they always miss spots and leave you with streaky tan lines. To solve this problem, sunscreen manufacturers have developed a wide range of products, including roll-on lotions and spray sunscreen. Now, a company called Osmosis Skincare has developed a drinkable sunscreen.

Unfortunately, like so many “revolutionary” products advertised online and on late-night TV, drinkable sunscreen has a distinct “snake oil” aroma. Although extensive scientific testing hasn’t been performed, a Fox News reporter recently purchased and used the Osmosis Skincare drinkable sunscreen. She said that it tasted just like water. She also got a sunburn. Sunscreen is a crucial tool for preventing skin cancer (to read about preventative care from a program that offers accredited RN-BSN training, visit this page). Osmosis Skincare says that their drinkable sunscreen is actually pure drinking water that contains something called scalar waves. These waves, according to the company, can neutralize UV rays by preventing them from entering the skin. In reality, scalar waves have a limited definition in physics, and they’re also the stuff of conspiracy theories.

Physicists define scalar waves as energy waves that have a magnitude but no specified direction (unlike vector waves, which have both magnitude and direction). Quantum physicists also hypothesize that the Higgs field of the famous Higgs-Boson “god particle” is a scalar field. Unfortunately, there are also a lot of kooky, non-scientific ideas about scalar waves and their effects. For instance, some conspiracy theorists suggest that governments use scalar waves for mind control. Others speculate that Russia had a scalar wave weapon during World War II that could manipulate weather around the world.

A lot of pseudo-scientists mention Nikola Tesla and claim that he almost made a breakthrough with isolating invisible scalar waves. However, it’s important to remember that Tesla, in spite of his genius, also said that he received inspiration by communicating with people from other planets. Unfortunately, articles on the Web aren’t always well-researched, and sometimes, they’re written to mislead. For example, a website called RealFarmacy.com recently published an article linking sunscreen to increased rates of skin cancer. This article, along with the drinkable sunscreen claims, highlights some techniques that marketers use to manipulate consumers:

Sunscreen combines two different ingredients that either block the sun’s rays or absorb them before they penetrate the skin. Organic compounds like oxybenzone and octyl methoxycinnamate (OMC) can absorb radiation from the sun and then dissipate it in the form of heat energy. Inorganic compounds, including zinc oxide and titanium oxide, either block the sun’s rays or scatter them on contact.

Drinkable sunscreen might seem to offer a solution to the inconvenience of slathering on sunscreen, but unfortunately, it’s based on shoddy science and probably doesn’t work. Purchase a broad-spectrum sunscreen that offers at least SPF 15 protection. Then, hope for the least streaky tan possible after someone rubs it on your back.

Importance of Fecal Transplants as a Cure for many Ailments

Factors Involved in Diagnosing and Treating Scoliosis in Children 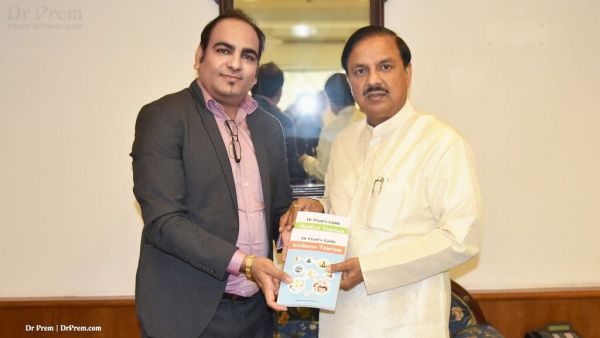