If your baby exhibits an overactive behavior tendency, coping with his antics may be hard for the parent. While a tantrum throwing and disobedient child may be frustrating, there is usually a reason for the child to act that way and investigating the root of the problem instead of shouting at him is usually a better way to solve the problem.

The child may be very energetic and full of extra enthusiasm that he is looking to burn off, may be very tired and wants to go to sleep or it may be just that he doesn’t like the flavor of his lunch. All options must be looked into while trying to find out the reason for a screaming child’s behavior. Children are sometimes too shy or too active in the presence of other children and other mental or psychological disorders may also cause a tantrum in a child.

In a prep school, daycare center or other places where children mingle with other children, your child being very active may be a major problem for the authorities as well as the other children. In that case, it is essential to find out the reason for this kind of behavior. Some children are simply aggressive or domineering in presence of other children and some children are timid and start to cry at the slightest disturbance. Such behaviors are not uncommon and are natural traits while growing up.

Some behavioral disorder syndromes including attention deficit hyperactivity disorder, oppositional defiant disorder, anxiety disorder and conduct problems are major causes for a hyperactive, overly shy or excessively noisy and disturbing child. Such children should immediately be taken to a professional who specializes in such cases and thereafter be treated exactly according to the prescription to mitigate the disorder as soon as possible.

Habitual stealing, constant lying for petty causes, poor school performance in academic and group scales, regular tantrums, hyperactive argumentative behavior and sullen hostility toward authority figures such as daycare center caregivers, parents and teachers are some warning signs that must not be ignored when dealing with treatment of a fractious child. Most child psychologists will diagnose the child with conduct disorder cases if these signs persist for six months or more. These behaviors can turn into habitual occurrences and such must be stopped immediately if noticed.

Solutions must be found for such behavior. A calm discussion regarding all points usually helps as does counseling with a professional. Medical help should also be sought if behavior spills into regular disorders that affect the regular functioning of a child’s normal daily habits such as school work or sports or other work.

How to treat your child’s ear pain at home

Importance of proper rest and exercise for children 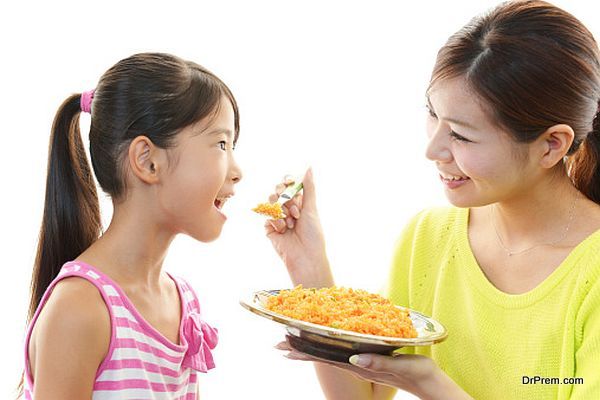 Healthy life lessons that parents should teach their kids